By Hazel Warren and Frank McMahon

Local bards DIY Poets had their thirty third show at the Maze on 14th February, Valentine’s day but it was not planned for to be on that date. The night was brilliantly compared by Jake and Hazel.

First poet up was Will, who gave us atmospheric “old stories of the forest” with evocative lines such as “in praise of darkest sacrament” and “listen for the night song”. 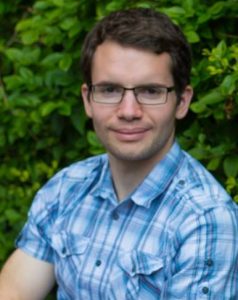 Next up was Clare Stewart who gave us a poem for Valentine’s Day, Bothersome Fly “think about you all the time you bothersome fly”. After this Clare gave us what she describes as hate poem 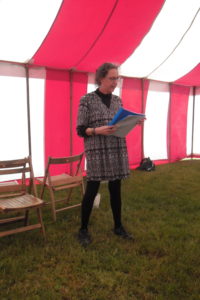 John Merchant John gave us a two poems and a song. The poems were impressive, particularly the first, the Cart. John ended with a song by Michael Holiday. 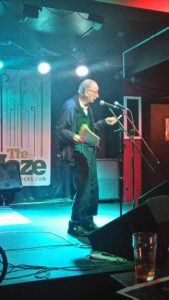 Sue Allen was up next with humourous poems on the theme of attraction with Love times Two, with her lover and his logical mind. The second poem, one of Sue’s rugby poems contained the very funny lines” chose him form a line out of eight forward players all hoping for a try.” Sue concluded her set with a sonnet using the persona of someone carrying out an autopsy.

Next up was Andrew Martin who gave us a poem inspired by Banksy where “affluence burns a hole in Banksy’s pocket” his next poem; Injuries, explored the 34 celebrities injured during the Jump. Shssh looked at how the best places in Britain are a secret but are usually in Scotland or the north of England. 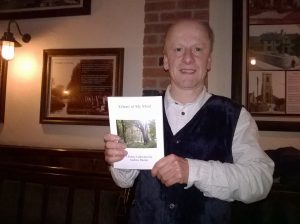 Fay Deller gave us some typically poignant poems on firstly the theme of love, Daydreams, “in a place where judgement melts and fades away” Opinions dealt powerfully with racism and Hope looked at homelessness, where it will hopefully be part of a collection on homelessness. Fay ended her set with the Knowing which is part of the women poets booklet Sheroes. 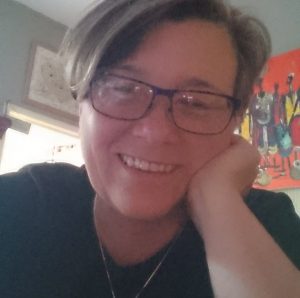 John Humphreys John has recently uncharacteristically tried to use modern technology, using his phone at Light Night, trying in his words “to be super cool and super modern.”

John’s first poem used the words of two women war correspondents. John included the evocative and sad lines A broken heart is a shabby thing” and “the world has been very unlovely in my eyes and I feel unlovely in it.”

John ended with a poem about rebirth using an Aboriginal word but as he was running over time had to read the poem very fast!

Lytisha promised us lots of miserable poems. Lytisha did a lovely poem for her mum “If I were a unicorn”, and then a poems about the love of a dying grandmother for her grandchild. Her final poem used the great metaphor of a Russian doll, in a poem about grief, where “at first your grief will be the outer doll” with the last doll “solid, fits not in your hand, but in your heart always. “ 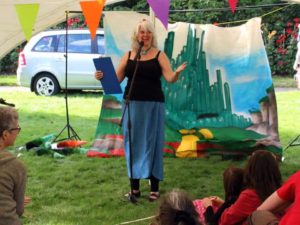 Our final DIY Poet was Jake whose opening line was “it’s not the summer of love and said he was “single and miserable” Jake opened with My Friend Peter which he described as his favourite love song “I’m tired of sleeping with myself” Jake ended with a poem about the difference between want and need “to want is transcendent, to look for more than just the mechanics.” 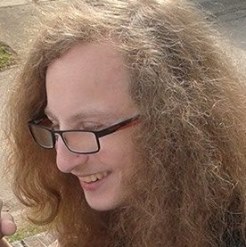 Without Frank there would be no DIY poets, so it is fitting he should open the second act. The master of the short form, he begins with a threat to do 35 poems, he manages four. First looking back at John Clare, before turning to reminiscence of his own more hirsute days, lamenting that “the quiff is dead” His next poem celebrates Georgie Best, talent on pitch and self-destruction off. The final poem “Stones in my running shoes” gives a positive message of resilience, discard those that don’t support you, and don’t keep on carrying stones in your shoes.

Matt comes next, a poet I always delight in hearing, his first poem concentrates on light shining through the chinks of doubt, I’m 95% sure, but I’m focussing on that 5%. Next he shares a touching glimpse into love and advice provided by his Grandmother. Third up to the open mic is Trevor “Exit Wound” seems to describe the pain of unrequited love, this is followed by what might be an exploration on the transience of beauty or certainty of night –“Dawn” rushes in and is gone, leaving… what?. Kevin takes to the mic next, with a powerful protest poem of planet-sized anger, demanding and inspiring change through people. Vron comes next escaping the supermarket, to enjoy cool evening air, freedom and the coming of spring, followed by a love poem of opposites, balancing the downsides of long distance, with the upsides and possibility of enduring love. Ella is next willing on a confession of love with rhythms building urgency in “fluffy socks”. In her second poem, in the midst of a cold, Ella remembers her mum with great warmth. Next to the stage is a newcomer Dave his poem “the joy of the gents” gives comedic insight into the unknown abyss, followed by the fates of the moray haiku and fellatio, with only a hint of ooh err missus. Hazel, our host of the first half, closes with a communal love poem, imploring an element of audience participation.

Laura Grevel relatively new to the DIY poets, but already has made such an impact and is one many have been excited and intrigued to see a feature length set from. She took to the stage like a natural, and can be relied upon to provide surprising and engaging story telling powers. The audience is captivated as Laura unfolds the geography of her life, in such a way as one unfolds a map never to be able to fold it back again. We begin, as all good stories do, at the beginning, in America, and who would have thought… working from that repeating refrain to introduce the heroine of this story of her own making to leave for Austria, Switzerland, England and, finally to here, on this very stage before our eyes. Who would’ve thought? Next we are invited, on turning 40, into the intimate setting of an Austrian Mountain top Tupperware party. Here language barriers are overcome with cake, generosity and shared rituals, woven with memories of childhood and wishes for the future into homesickness brought on by the familiar popsicle tray. We head out blinking, into the cold, stopping only to consider the brilliance of the sky and to wonder at the unfurling of a new identity.

Her third piece, first in German and then translated, the Texas woman in Liebenaum reflects on new life and a survival strategy of concentrating on the moment, standing in the now. Next we are asked, well, do we really want to know the truth about Italy and Verona? A confusing red tape nightmare, yet a song of mixed experience emerges, with mixed, close living quarters, mixed feelings, mixed with confusion of visa bureaucracy and pollution making it hard to see, hard to think clearly, a school for the children? and building tension and urgency before finding the truth, which comes in the form of a female cyclist, dressed in white, providing pause and breath in the poem. Next to Geneva, where an old woman in angry voice accusingly helps discover the strong voice of our heroine narrator. Unfortunately running short on time our heroine concludes her journey, but we are left wanting more, having fallen into the story tellers trap, looking round to seek out characters we’ve met and wishing to go back inside the tale… I for one really hope this act could be developed into a full length, one woman show. Laura is enthralling to watch and listen to, with such attention to character and atmosphere you feel you were inside the pome itself. However the evening must come to a close and not before the wonderful as ever, music from Elaine, a friend and supporter of DIY poets and a talented singer songwriter. She moved the crowd with a mix of clever covers with a unique twist (not many people can pull off Queen like that), and originals (including ponderings on Bill Gates childhood and lyrics inspired by geeky tv characters). A great end to yet another great evening from DIY poets at the Maze. 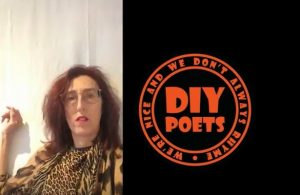